Heyhey, today I’d like to share some thoughts on writing a wargames scenario based on a historical battle.

This originally would be part of a battle report which is coming up next, but I thought I’d turn this into an article unto itself to keep the battle report from being even more bloated than it already was. Also: I think this could be pretty useful general information.

It’s a common situation. “Let us spend a few hours of our leisure time by having a nice miniature wargame between honourable people!”. Hands are shook, banter is had…

Well, first off we could grab a generic scenario. Many rule books come with those, there are excellent dedicated books for this, or magazine articles, such as the ones published by Henry Hyde in Wargames, Soldiers and Strategy magazine and elsewhere or the classics by the likes of C.S.Grant and company. 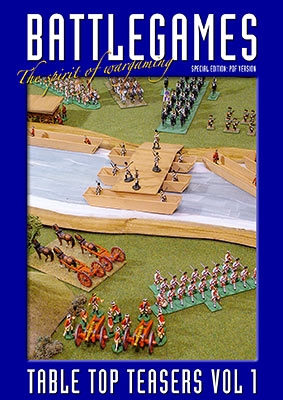 Then we got a great variety of sources of ready-made wargames scenarios for all sorts of periods or settings, mostly in the shape of scenario or campaign books. 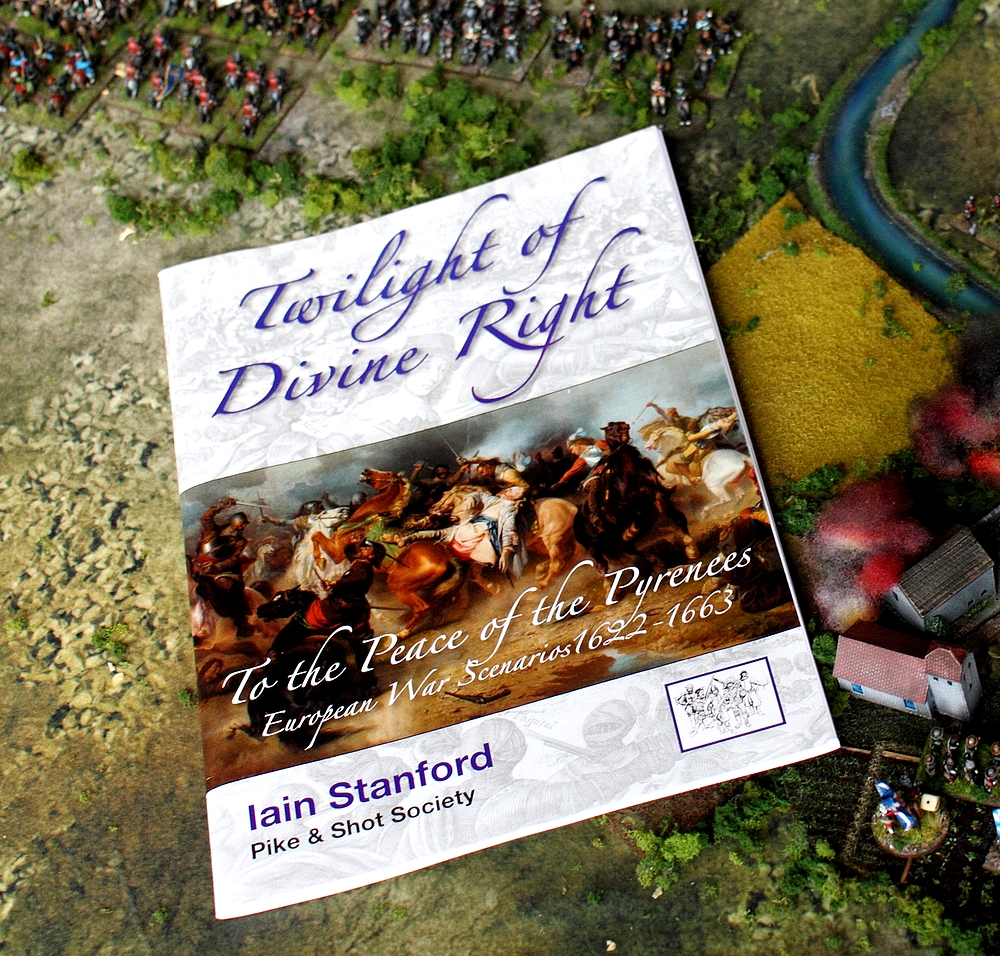 Most of the time these are written with a certain rules set in mind, but unless they are deliberately cryptically written and greatly abstracted they are easy to adapt to any other rules sets.

Then There’s the Interesting Way

Sometimes though we read about that certain battle or tactical situation which grabs our attention and we start fantasizing about putting just that on the table. This is what I would like to talk about today.

A few years ago I bought a  little book on Christian von Braunschweig, war entrepreneur during the Thirty Years War. A while ago I had another look at it after I played a (ready-made) wargame scenario which involved him. The book has a good map and order of battle on the battle of Höchst (June 20th, 1622) which made me think of playing this battle. 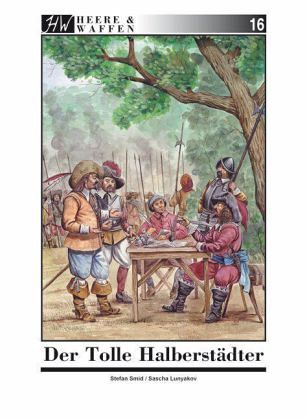 Problem is that none of the scenario books I own has anything on this one, so I just used the map and order of battle from that book. Now that is useful and all, but there’s always little gaps in the information we get, and those are alluring to say the least. The first thing I tend to have a look at is wikipedia. Not the best source, that’s for certain, but it helps getting an overview.

Specifically for researching historical battles and for turning them into miniature wargames, the Playbooks/Scenariobooks/etc. by GMT games for their wargames are amazing sources of information.  Most of these are available online (a class move by GMT). For this scenario I used the Saints in Armor playbook which contains detailled information on several battles of the early phase of the Thirty Years War. 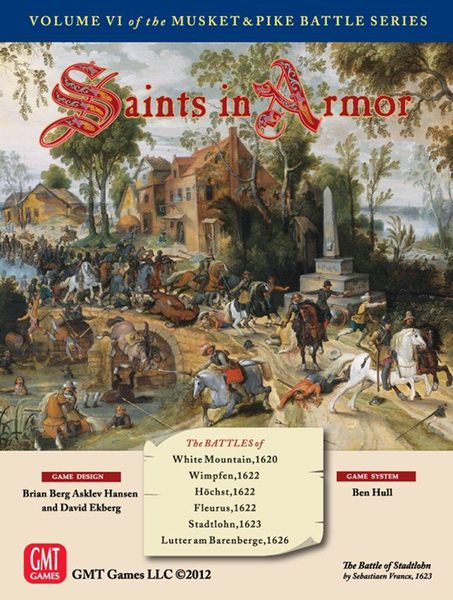 In addition to this I had a look at a few more websites and blogs (bless wargamers who add orders of battle to their AARs) and so on.

It’s also worth having a look at strategy video games forums. There are several more hardcore strategy games out there (such as Pike&Shot, available on Steam) which come with several historical scenarios pre-made or fans making their own scenarios based on historical battles. A portion of these fans also write up After-Action Reports of these games with screenshots, giving the miniature wargamer a bit of a look into what their game could look like, how the troops are deployed, and so on. Of course the miniature version will look nicer than a video game, but that’s a given. 😉 I didn’t find anything on this particular battle, but have used info from such AARs for writing prior scenarios.

Of course quality and quantity of sources vary greatly depending on period and conflict. From the 18th, 19th century on we got great maps and overwhelming amount of rather accurate sources. In the early 17th century stuff I usually do larger battles in oftentimes we only got a copper engraving by Merian. Great pieces of art, but more interested in telling all the highlights of the battles rolled into one picture rather than giving us accurate positions, geography or number of men involved.

Here’s one of the more detailled contemporary picture I used for turning the battle of Wittenweiher into a wargame last year:

This is one of the most ‘useful’ (for our purposes) such depictions of a battle of the time I’ve seen. Others are much more of a narrative.

Turning It Into a Game

So my main sources were the SiA playbook and the book on Christian von Braunschweig. From this information I wrote up a list of units in the field on the day and how they were set up. This gives me an overview of how to organize those along the lines of the rules I choose to use. In this case In Deo Veritas. 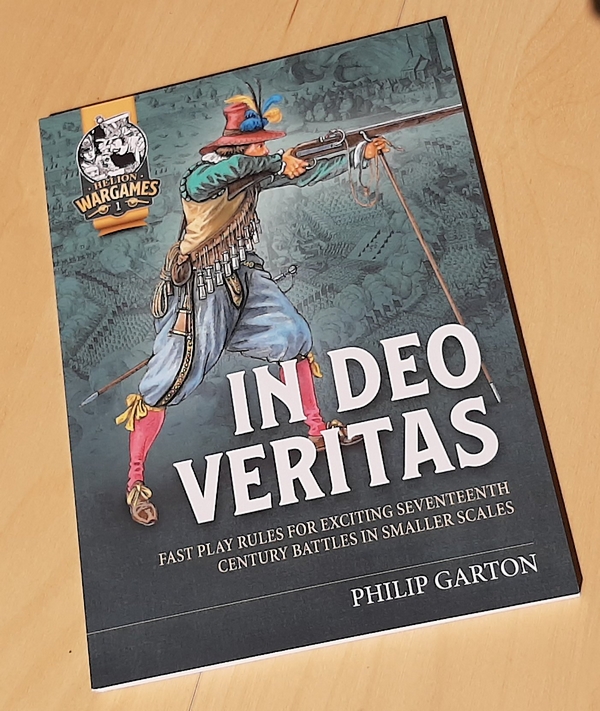 Having a concise overview of units required also helps you make the scenario fit your collection. So I looked over the list of units, trying to work out how I shrink it down. ‘Bathtubbing’ they call it, as far as I know. Shrinking the numbers to fit your figure collection or gaming area.

Much to my delight I realized that I JUST got enough units to depict every single unit that partook in the battle. Cool, cool, cool. Sure, I’d have to mobilize all my cavalry units and use Croat light cavalry to depict harquebusiers and so on, but I’m more than okay with that. If the footprint fits and the models got 4 hooves at the bottom and a human head (helmet or hat) on top I’m a-okay with it.

However, some scenarios will require some special bits to be made. In the case of this scenario I need to have two brigades of musketeers in earthworks. Alrighty.

This is something I should have done a long time ago anyway. Of course the first thing that comes to mind is a a proper star fort with bastions and so on. This would make for a nice centre piece of a scenario (even in 10mm, which is the figure size I use), but honestly it’s just not handy to depict single units as being entrenched. So instead I went with pretty simple fieldworks. After all these entrenchments in that battle were only dug up within a day or so. So it’s just heaps of earth, gabions and maybe some wooden boards.

Okay, it took quite a while (mostly making all the gabions out of green stuff), but here we are. Two pieces, each big enough for a unit of infantry or two gun batteries.

Once that was done I looked at the number of units again, how I rate them for the game, looked at specific events/circumstances units were in in this particular battle and decided if and how I would incorporate them in my wargames scenario.

For instance a lot of musketeers on both sides were detached from their units (usually consisting of roughly 2/3rd musketeers, 1/3rd pikemen) as light infantry or guarding trenches or other obstacles. So in game terms I reduced the firepower on each of the remaining infantry units (and add the visual clue of placing fewer musketeers with the pikemen as well). 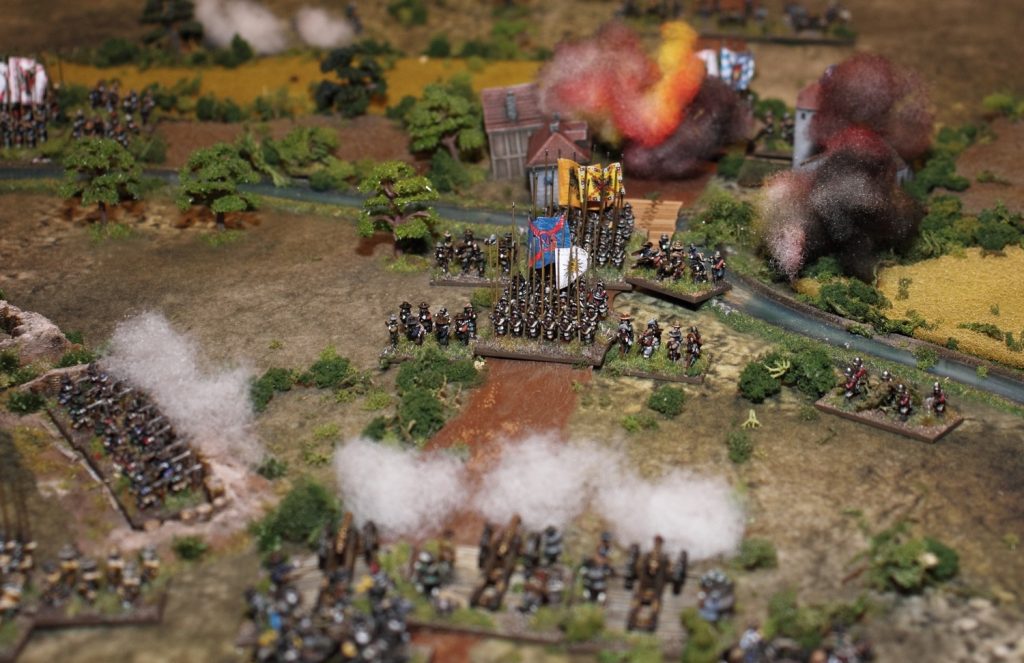 Another example: Several of the units arrived just after a forced march over the past day or two. On those units I reduced the attack power in close combat a bit, depicting these units to be less aggressive due to being a bit exhausted. How exactly we turn these circumstances into game terms is up to us and the rules we use. Just as well you could depict units being a bit exhausted by having them start the game with one level of disorder/fatigue/shock, a slight morale or activation penalty, etc.

Keeping the Goal in Mind

Of course rating units and adding little modifications like that of course helps you ‘balance’ the game a little. We do this to get a fun game after all. There is a lot to be said for an approach which aims for an earnest simulatory goal in mind. It’s up to you of course. In the end it will always be a compromise. Some point on a huge, multi-dimensional scale.

To me this basicially was planned for solo testing a rules set for a larger battle, so I kept things simple.

Putting it on the Table

Once I worked out the order of battle for my scenario I set up the table based on the maps I got a hand and placed units. THEN I realized that I planned for using a lot more commands than usual (based on my experience with the prior test game using these rules and given how I’d use a LOT more units this time), and that I didn’t own enough commander figures. Some rules sets make use of lots of commander figures to depict lower levels of command and control with command radiuses and so on, others use no commander figures at all. So I quickly painted up more commanders. 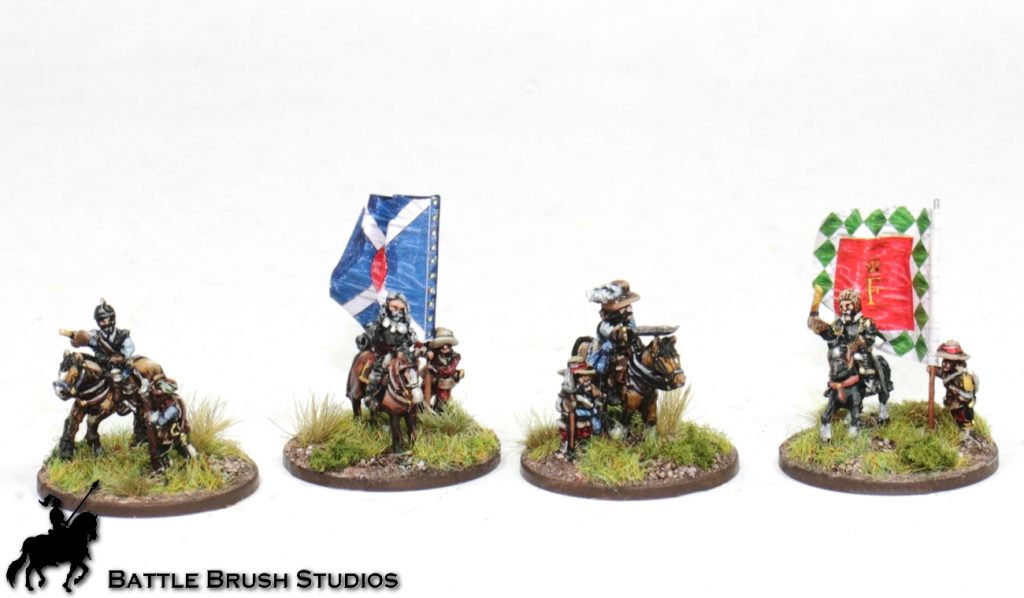 Almost a rushed job, certainly not greatly inspired, but they’ll do. But NOW it’s time to finish the setup! 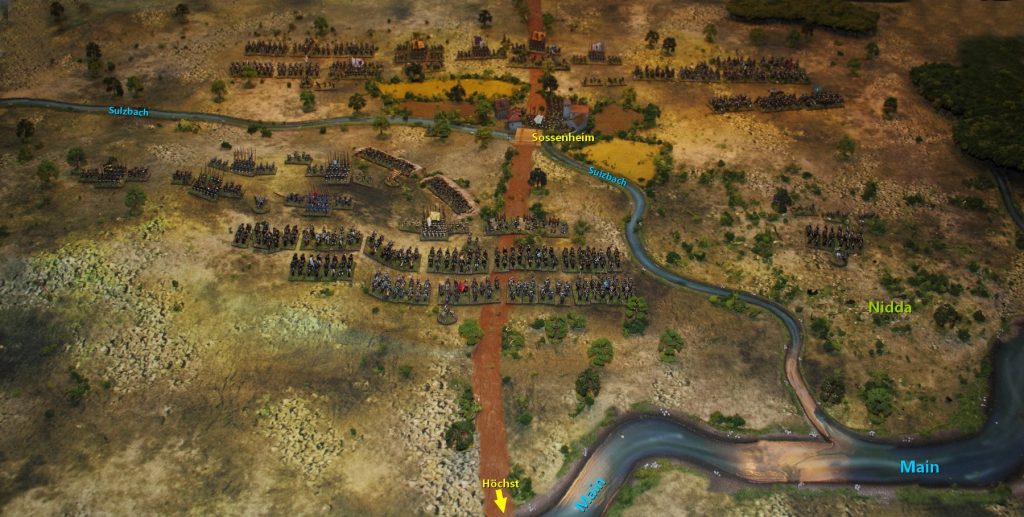 …and here my sketch of the various commands, after I realized I would never ever manage to remember who’s where and what once the battle gets going:

Of course each of these steps can be done spending more time. Or less. This is just a rough guide for how scenario design can be approached. It’s fun, it’s not all too much work (depending on the sources we got at hand), and it really helps making the game feel more engaging.

Is this ready for publishing and raking in loads of money? Of course not. It’s a hack job of questionable ‘balance’ and historical accuracy. But it was good enough for me to have an enjoyable game.

After the first go at solo’ing the scenario I think I would change small bits here and there. Maybe I was too concerned about the scenario being too easy for the attackers. So it ended up being a bit too easy for the defenders, I think. There are several ways of tweaking chances there. I read that most of the protestant pikemen were in fact underequipped with pikes, which reduced their staying power in close combat. Another way would be turning the Spanish tercios and the Leaguist regiment Schmidt into veterans.

I hope that you enjoyed this article and maybe found it inspirational. With a wealth of information at our fingertips, supplemented by a nice book here and there we can get a lot done. By the way, right after I got all the writing-up of the scenario done a new scenario book was released unexpectedly, featuring – of course – the battle of Höchst. Doesn’t matter. Researching things is never time wasted.

2 thoughts on “How To: Write a Wargame Scenario”